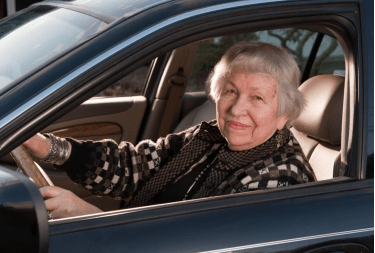 Senior driving is unsafe even if the aged person claims that they can still drive pretty well. If you can spot any of the warning signs with their driving, then it is definitely time for them to stop driving at all.

Unfortunately, some of your parents may be too bent and absolutely refuse to give up the car keys. You might have talked with them several times, discussed alternative options with them and assured them that conveyance won’t be a problem, but they are still not ready to listen. So, how do you make them stop driving in such a scenario? Do what we suggest, and you might have luck. Also, keep your guilt aside while trying these out, because you are actually doing your parents and everyone else a great favor.

Report them to the officials

In many a states, you can report unsafe drivers to official authorities anonymously. And you can do this even if you aren’t a doctor. Now, your parents’ license will be taken away, but they won’t be able to put the blame on you, and accuse the officials instead.

Please note that your parents will have to go through a test, and their license will be taken away if they fail.

Talk to your parents’ doctors

Senior people tend to listen more to their doctors rather than their family members. So, get your parents’ doctor in confidence, asking them to intervene. They might be able to convince your parents and get them to give up on driving.

Ask someone to borrow the car

This tactic produces results only for some time, but you can still try it out. Ask someone to borrow your parents’ car for some time. Without a car, there is no way that they can drive.

Hide their car keys, and make them think that they have lost them.